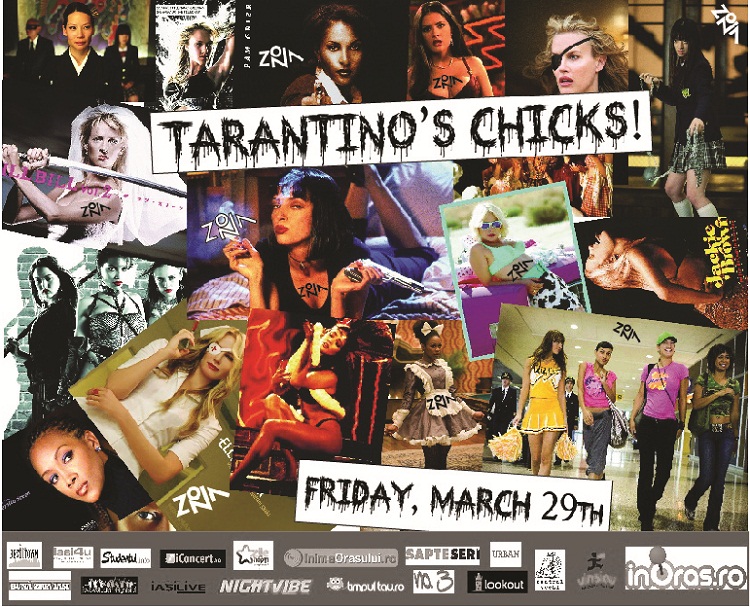 Over the years, Quentin Tarantino has brought us some of the strongest, most badass female characters. They fight assassins, they emerge from a coma and they pull off stunts that would make most of us weep like little babies.
Few women on screen are so complex, so powerful, so dangerous as Tarantino’s.

That is why we decided to celebrate them this Friday night at Zona Partyspace. Girls, we dare you to turn into Tarantino’s femme fatales with impeccable style! And guys, turn into your favorite male character from his movies!

Wear your character or be one!