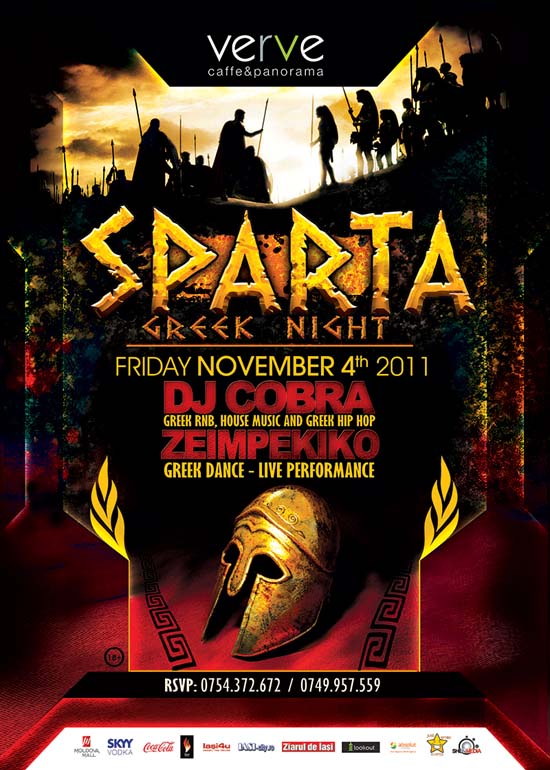 The History of Sparta describes the destiny of the ancient Dorian Greek state known as Sparta from its beginning in the legendary period to its forced incorporation into the Achaean League under the late Roman Republic.

Were not the first to settle the valley of the Eurotas River in the  Peloponnesus of Greece, the preceding Mycenaean and Stone Age periods are described as well. Sparta went on to become a district of modern Greece.

Brief mention is made of events in the post-classical periods.

* All way from Greece we got the one and only “DJ COBRA”.

* With a touch of traditional background we prezents a live performance of a special kind of dance known as Zeimpekiko .

* Join us this friday and feel the sensation of a real Greek night.