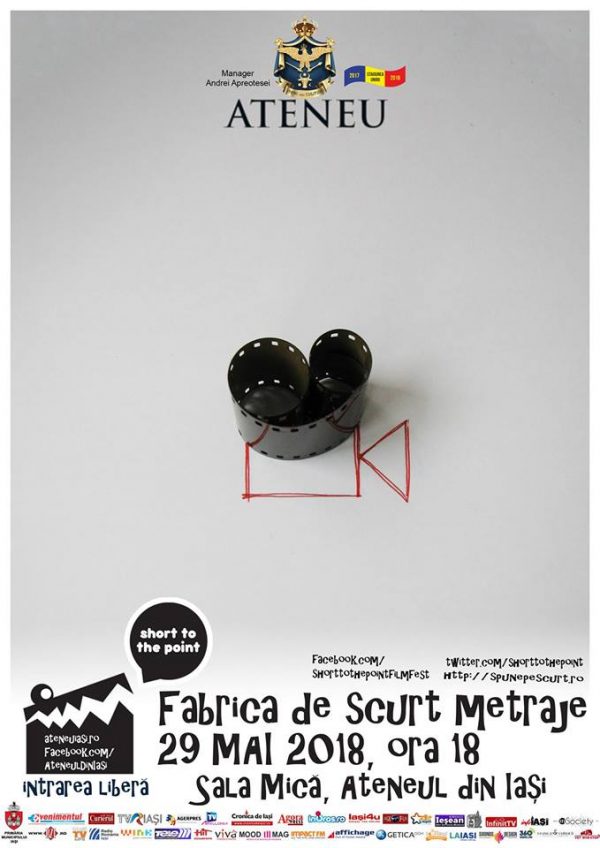 PATAREI PRISON
BEST EXPERIMENTAL SHORT FILM AWARD @ STTP JANUARY 2018 AWARDS
Director: Ricard Carbonell
Country: Spain
Duration: 03:28
Synopsis: Patarei, a former barracks and tsarist army coastal battery, became a Prison, one of the major centers of Soviet repression in Tallinn (Estonia) as it was run by the KGB.
In the Second World War, the Nazi army detained about a thousand Jews in this place.
Last year you could visit the lonely rooms.

72%
BEST CINEMATOGRAPHY AWARD @ STTP JANUARY 2018 AWARDS
Director: Lluis Quilez
Country: Spain
Duration: 20:00
Synopsis: The lack of water has changed the rules of society as we knew it. Those who have not yet died try to survive in a hostile and desolate environment.

Ancentor’s day
BEST DIRECTOR AWARD @ STTP JANUARY 2018 AWARDS
Director: Nataliya Stoltidis
Country: Russian Federation
Duration: 14:35
Synopsis: «Ancentor’s day” is a story about the complex relationship of mother and daughter.
On Saturday morning, her mother comes to Nadya to take her with her to the cemetery. Nadia has her own plans, but her mother authoritatively pulls her out of the usual schedule. They need to visit the grave of Nadya’s father, whom his mother divorced long before his death. On the way, the mother swears and in every possible way manifests her irreconcilable nature. Nadia suffers, but on the way back, women quarrel violently. Mother slams the door in the middle of the road and leaves, and Nadia pierces the wheel and has to stop.
After a while the mother runs and with shouts comes back. Behind her runs a tiger, escaped from the car-transportation. Women hide from him in a naked car.
While they are waiting for help, memories make them open their hearts to each other. They say good words to each other, they have not been found for each other for a long time.

Anna
BEST STUDENT SHORT FILM AWARD @ STTP JANUARY 2018 AWARDS
Director: Or Sinai
Country: Israel
Duration: 24:00
Synopsis: Its the hottest day of the summer, and for the first time in years Anna unexpectedly finds herself alone, without her son. She sets out for the day, roaming the streets of her small desert town, looking for a man who can touch her, even just for one brief moment.

THE PERFECT GIRL
SPECIAL JURY AWARD @ STTP JANUARY 2018 AWARDS
Director: NADEEM SHAH
Country: India
Duration: 14:12
Synopsis: ‘The Perfect Girl’ is a story about a little girl who lives with her single parent; her father, in a small part of Mumbai – also known as the ‘City of Dreams’.
The two of them had made their own small world where they had everything that they needed. Suffering from hearing and speaking disabilities, this little girl was drawn towards dance like any other regular child but what made the little girl more special was her imagination and the effort to overcome the layer of her disability and learn to dance with the help of an extremely helpful and observant dancer who makes her believe that all she needs is a belief!
‘The Perfect Girl’ directed by Nadeem Shah elaborates a beautiful bond between a father and daughter and inspires us to think that a disability can never stop you from acquiring your imagination.

WHAT REMAINS OF YOU
BEST AMATEUR SHORT FILM AWARD @ STTP JANUARY 2018 AWARDS
Director: Kevin Dresse
Country: France
Duration: 18:00
Synopsis: Michel and Sophie are two lovers. They don’t dare to think about the future yet. And then fate gets on their way. How to finish what had just started?