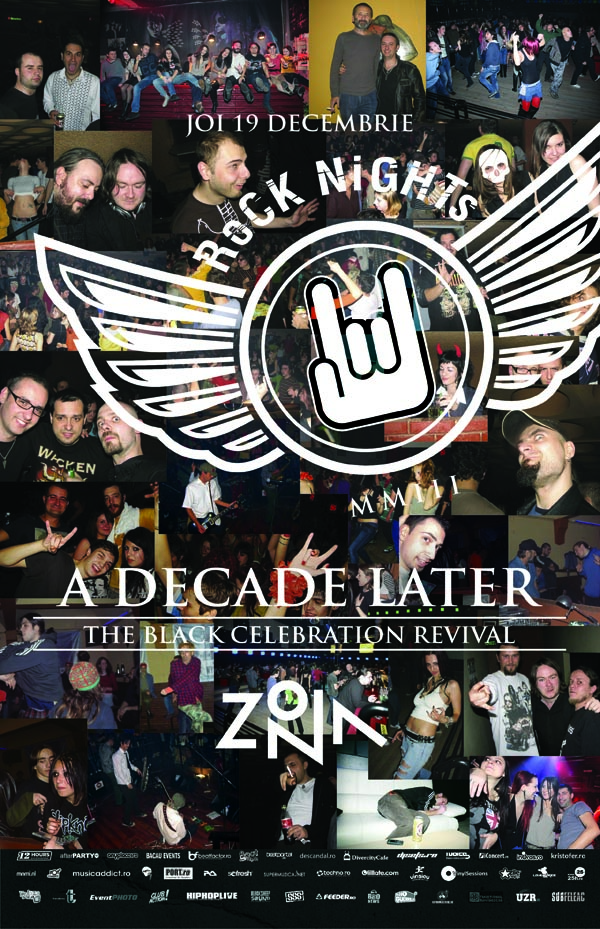 A decade later, hundreds of parties and thousands of beers later, let`s ROCK’N ROLL something!

It`s one of the ways we let go since way back in 2003. Planning, organizing, promoting, mixing and sharing the music we love…every time feels like the first time. And still we go, in some of our selected partner venues: XS Club – where it all started, Zona, Hand, Motor or Zebra (Bacau).

Duncan Patterson (Anathema/Alternative4), Suie Paparude, Omul cu Sobolani, Karsten Hamre (Penitent), Luna Amara or Kumm are just a few of the great names we hosted and had the pleasure of sharing an ass-kicking public with. Be it a live concert warm-up or a festival after party, we always seem to manage to rock the goddamn place!

So this Thursday you have been summoned to the black celebration revival. The Creator of Rock Nights will be rockin’ the house for a decade: ROCA. Madalin will also be pushing the buttons!

Music code: rock until you drop.