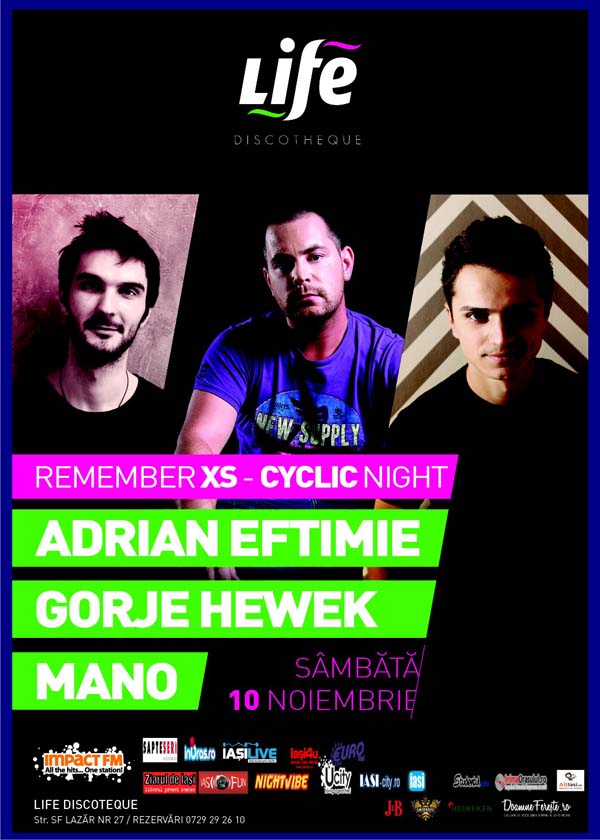 Adrian Eftimie,was born on the 17th of May 1978 in Bucharest. His love for music started early in his life! He was 14 years old when he felt the calling to music! From that moment on, mixing became his passion!
In 1992, with support from his best friend, a dream come true: the first radio show broadcasted by a pirate radio station – “illegal” (due to the restraint rules back in the days).
Just two years after he becomes Dj/Producer at Uniplus Radio,the first Independent Radio Station in Romania.
Enthusiastic, passionate and with a huge potential he is soon invinted to perform as a resident in Le Baron Disco Club (Bucharest). Due to great success he decided to focus more on DJ’ing being more and more attracted to it. The next step is residency in Space Club, a well known and famous club back then.
At the age of 19, he already runs his own radio show in the top two radio stations with national coverage, Radio21 and Kiss FM. This was just another springboard to notoriety!
His talent gets recognition when he was designated the best DJ among many other youngsters performing as residents in Kristal Glam Club (a place to be seen in Bucharest ).
But Adrian needs challenge, so why not try to expand and use his talent over the producer’s area? In 2006, under the Sony Music guidance the hit “No Side Effect” was launched! A track that easily took an honorable place in top ten charts. Many Romanian and international producers appreciated it, also remixed the track.
Other hits like “Desire” , “City Lights” and “Black Sea Coast” followed soon after. “Elevation” is his winning masterpiece at Heineken Music Thirst contest…and this way the borders opened: Ministry of Sound (London), Turnmills (London), Le Souk (New York), Buddha Bar (Sharm El Sheikh) – just to name a few.
In 2007, Adrian joined the One FM team. You can “warm up” for the weekend by listening his radio show, every Thursday starting 22:00.
Two years in a row (2006 and 2007) Adrian won the second place for The Best Romanian Dj at Nigths.ro Awards.
Climbing to the top continued in 2009, when he’s nominated again in the same category! Getting the award for The Best Romanian Dj was just icing on the cake!
To be continued…

Member of the Deepmix Moscow Radio crew, Gorje finds himself influenced be everything, that surrounds us..It’s kind of hard to make a biography of this exciting dj as he lets the sound to speak for itself. His interest in jazz and classical being added to the minimal experience he’s offering makes his listeners embrace a feeling never felt before. His international appearences have been held in the highest regards.