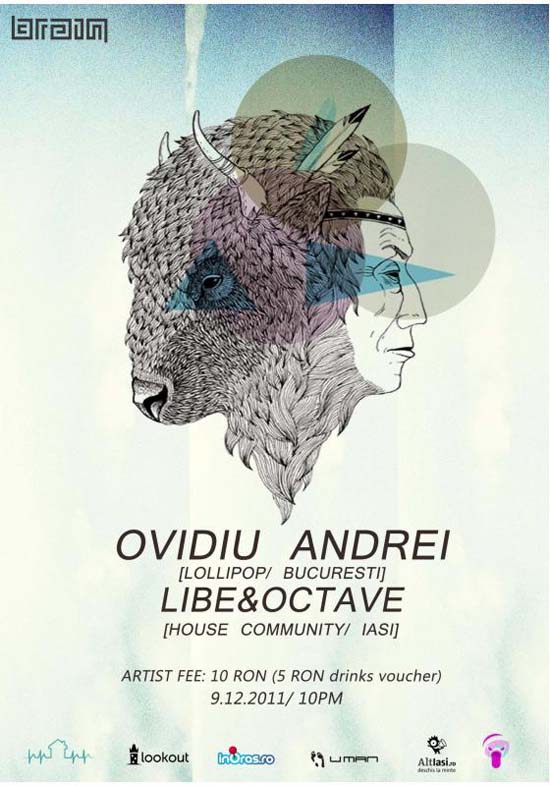 Ovidiu Andrei was born in Ploiesti, on the 6th of june 1990. His powerful connection with music made him improve his musical knowledge, becoming awareof the fact that he has his own place in a world of sound. In 2005 he mixes for the first time in Ploiesti. 2007 was the year when he started organizing parties with some friends, in different locations. In 2009 he joined the Lollipop team and in the summer of the same year, he mixed at Lollipop Beach Club in Navodari and Tree House, Paulesti, so he became quickly noticed as a DJ in Bucharest. With his colleagues, he charmed the crowd during some afterhour parties in Bubbles Club, Bucharest, his most important moment was the 2009 – 2010 NYE Party, at Bubbles Club, in a 16 hours musical marathon. 2010 brought him gigs at Hidden Garden(Paulesti), Privilege Club(Ploiesti), Iarmaroc Fest, Open Air(Paulesti), Privilege Terrace(Ploiesti), Club Space, Embryo and in 2011, he mixed at Space Club, Tralala, Studio Martin, Street Delivery, Sass Summer Club and Kudos Beach. In his opinion, an artist must be inspired and ambitious and must have 3 qualities : good music, technique and imagination. Ovidiu Andrei is inspired by the elements from nature that create his minimalist sound, with techno and dub influences.