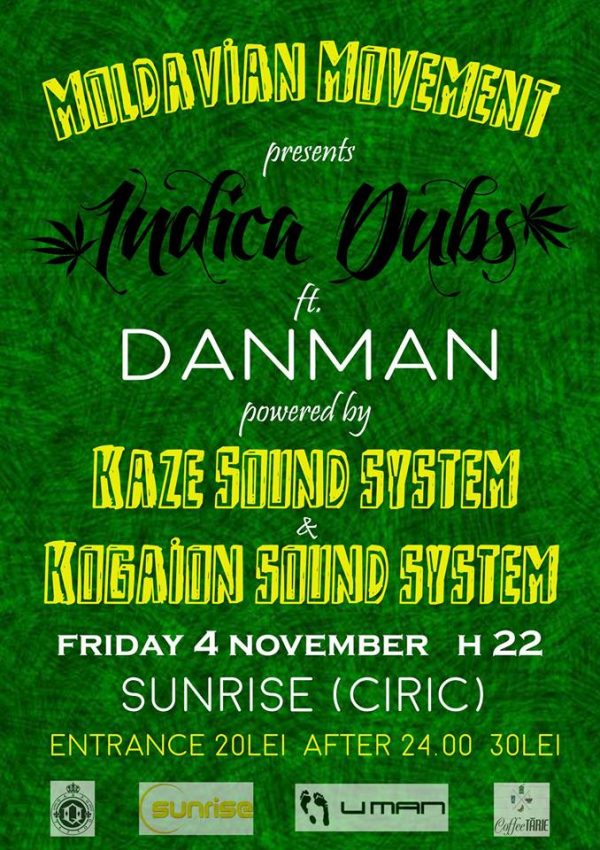 Indica Dubs (London/UK)
Sukh Gill started listening to vinyls and attending Dub events at a young age and described it as a life changing experience.

“Seeing the vinyl spinning, and the reactions of the crowd going crazy – especially when the bass dropped on the sound system – it changed everything, I immediately knew this was the path for me.”

Inspired by the energy, the spiritual upliftment and vibe within the Dub community, he was determined to create the his own contribution and started producing his own tunes by the age of 18, with the schooling of his uncle.

With a clear goal of reaching 100 independent vinyl releases on his own label, Indica Dubs was founded and released it’s first vinyl in 2010 at the age of 20 and was quickly played by various Sound Systems such as Jah Shaka, King Shiloh, Channel One and Iration Steppas. The next release followed a few months later and Indica Dubs continued to be at the forefront releasing more music each year. Indica Dubs also supplies ‘one-away’ Dubplates to many Sound Systems across the world.

In May of 2011, Indica Dubs travelled to play outside of UK to play in Poland and since then has played in Brazil, Sicily, Belgium, Poland, Sweden, Italy, Croatia, France and more. In 2015, Sukh Gill built his own studio with the help and guidance of Dougie Conscious Sounds and Gill’s uncle Sanj. The studio is fully equipt and available to use for singers wanting to record vocals, musicians wanting to record melodies and producers wanting to produce tracks. In the same year, Sukh Gill established the ‘Indica Dubs Record Shop’, an online Record Shop providing carefully selected old and new Roots, Reggae and Dub Vinyls, CDs and Downloads being shipped all around the world.

From strength to strength, Indica Dubs aims to continue pushing music and making a positive impact on new, upcoming and young artists, and all supporters.

Danman (Leeds/UK)
Claston Brooks, stage name Dan Man A.K.A. SUNNY VOICE is a veteran musician and singer who has covered the music scene on a local, regional national and international basis for over 20 years.

Born in St. Elizabeth, Jamaica, he migrated to the UK in 1967 at the tender age of 11. The first stop in the UK for the young artist was London, where he lived and attended the Slay Brook High School in Harlsden, for 4 years before moving to Huddersfield and finished schooling at Fartown High. Dan man played bongo drums for revival church in Jamaica, during his childhood and is no new comer, when it comes to music.

However it wasnt until 1995 that he got his first experience of working in a recording studio. Upon enquiring about an advertisement, he was given the opportunity to record two of his own tracks free of charge, in a recording studio at the Hudawi Centre in Huddersfield. One of the songs recorded during Dan Mans first studio experience, placed him in third place in a Talent Competition, held at the Deighton Centre, Huddersfield in 1995. Yorkshire Television captured the particular show on camera and a video has been made as a result. In late 90s Dan Man met Andy Black from Big Noise Productions, Yorkshire UK and recorded a number of tracks with him over a few years.

Iration Steppaz Sound System was the next adventure for Dan Man and this adventure has lead to the releasing of the artist’s first 10-inch vinyl, entitled Too Much War (the flipside was “what’s wrong” by YT). Other releases from Dan Man include “Jah Love” on Temper Records, “The Supply,” a collaboration with dancehall artist Bongo Chilli on Bassrunner Productions and “Move Baby Groove,” which is a collaboration with Bongo Chilli & D. Bo General. “Move Baby Groove” is featured on Bongo Chilli’s debute album entitled “Real Musician.”

DanMan is still working with Iration Steppaz and together they have been touring Europe, performing in Countries including Italy, France, Switzerland, Poland, Hungary and Belgium. He also works closely with The Rootsman (Third eye music, Bradford, UK) and Abdul (Celtic Islam Production, Huddersfield UK).

Now in 2010 Dan Man has been working in partnership with dancehall artist Bongo Chilli and helped him to launch ‘Bongo Chilli records’. He works jointly with Bongo Chilli, facilitating a number of music workshops in schools and at community based projects around the UK. Dan Man is also one of the front men for Underground Roots Soundsystem.