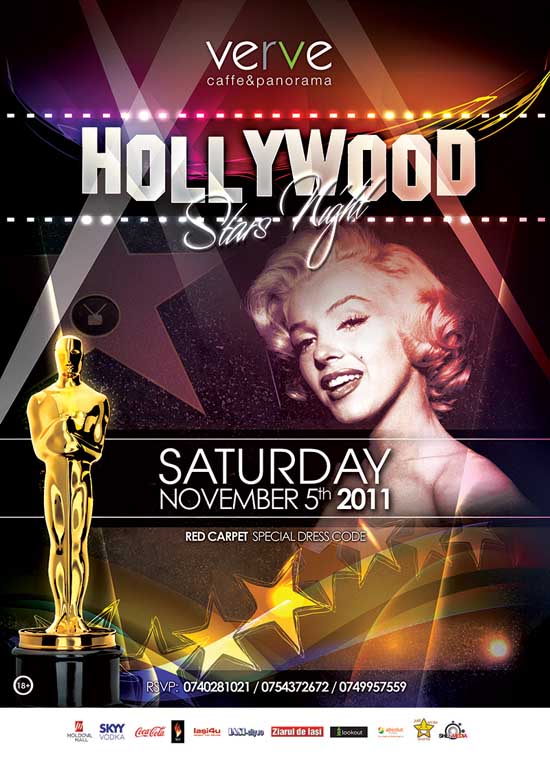 Verve Caffe & Panorama is pleased to invite you Saturday to the special evening stars – Hollywood!

Hollywood is a famous district in Los Angeles, California, United States situated west-northwest of downtown Los Angeles. Due to its fame and cultural identity as the historical center of movie studios and movie stars, the word Hollywood is often used as a metonym of American cinema.

Today, much of the movie & musical industry has dispersed into surrounding areas such as the Westside neighborhood, and the San Fernando and Santa Clarita Valleys, but significant auxiliary industries, such as editing, effects, props, post-production, and lightingcompanies remain in Hollywood.

The first commercial television station west of the Mississippi River, KTLA, began operating in Hollywood. … the first network television series to be filmed in Hollywood.
In the 1950’s, music recording studios and offices began work in Hollywood.

Become a star for one night, become a celebrity !

Entry is by invitation!
Girls have free