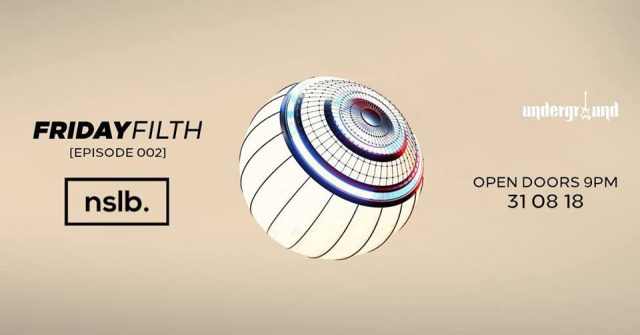 FridayFilth is a new concept of electronic music partying & good vibes. In the end, it’s all about the music.

NSLB’s polymath-like ability to involve himself in all aspects of music cannot be understated. Know as Vlad Luca to friends and family, he is a music producer and disc jokey.

Influenced by the likes of Jimi Hendrix, Daft Punk, The Chemical Brothers, Beastie Boys, and Fatboy Slim in the early years, it was when he heard The Prodigy, Pendulum and Noisia that NSLB knew he had found a musical direction he truly wanted to explore for himself. A flood of musical projects followed, writing instrumental hip hop and dubstep, joining local bands as a drummer and producing for other acts while simultaneously being a high school/university student.