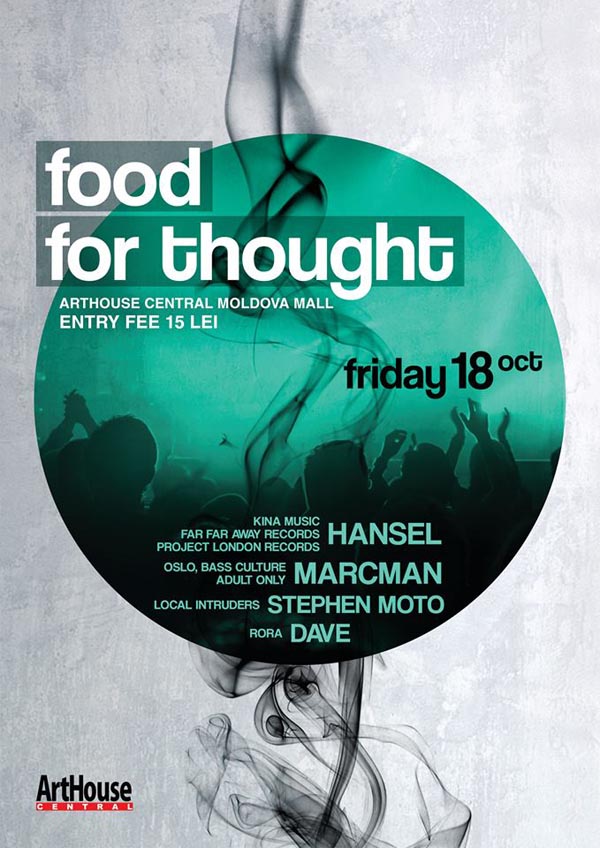 Marcman: Music was a very important thing for MARCMAN since he was a little boy. In 2009 he felt that more could be done so he started learning about music production. Not being helped by anyone the road to big labels and good events was a long one. He had several digital releases at some labels like Quanticman, The Factory, Flatpack Traxx, Tzinah, 6th Sense, Soundcrossing Records, Esperanza and Savor Music. All his work helped him to get contacts and to clear his way to vinyl releases. Franco Cinelli and Jorge Savoretti helped him so he had his first vinyl release at Bass Culture Records with 4 original tracks named In Trecere EP. 3 new vinyl releases are upcoming from this 21 years old artist at some important labels like Oslo, All Inn and Drumma . His tracks got support from big Dj’s like Ricardo Villalobos, Dorian Paic, Raresh, Rhadoo, Pedro, Praslea, Franco Cinelli, D’julz, tINI, Nick Curly and many more.

Hansel! is Bumbu Andrei. He started his career a decade ago in his home town, but focused on producing only in the last year. The Hansel! project went big when he decided to collab with Cosmin Nastasa as Hansel und Gretel! His debut release was “Domeniul Public”, a track included on VA – Focus on Bucharest, out on Kina Music this year. Followed by RAW EP, a six track release out on Leone Music in August, Hansel! is one to look out for in the near future !