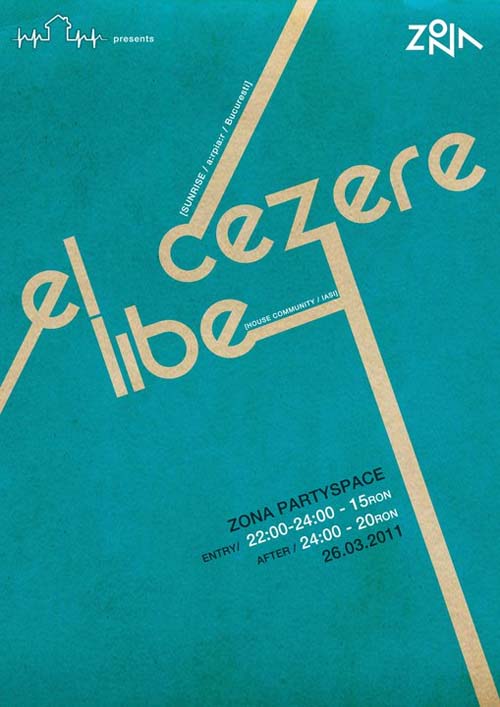 The biggest influences of his career are: Ricardo Villalobos, Luciano, Lee Burridge, Rhadoo and Raresh. In 2006 Elcezere entered the roster of Sunrise Booking Agency, Romania.

What makes him special is an accurate creativity on music and the capacity of surprising the audience with new sounds sometimes influenced by traditional romanian music. El Cezere is preparing for his first productions, that will be released on the romanian label [a:rpiar].

When he’s not playing music he’s listening to it. That’s Libe.

Started about 8 years ago in underground clubs throughout Iasi and listened from electro all the way to deep tech house since then.

His style includes shades of deep stories infused with low beats intended to move your soul. When he’s mixing you can feel it deep in your heart as you’re supposed to. It’s all about the feeling.

Artists who have made a mark on his sound are Bruno Pronsato, Margaret Dygas, Zip, Baby Ford, Thomas Melchior, Losoul, Digitaline , Ryo Murakami , Fumiya Tanaka and many more.

Together with his brother their styles fuse creating a whole new sound able to keep you up and dancing all night. He performed with names such as Priku, Inner & Moto and Phaser Lips.