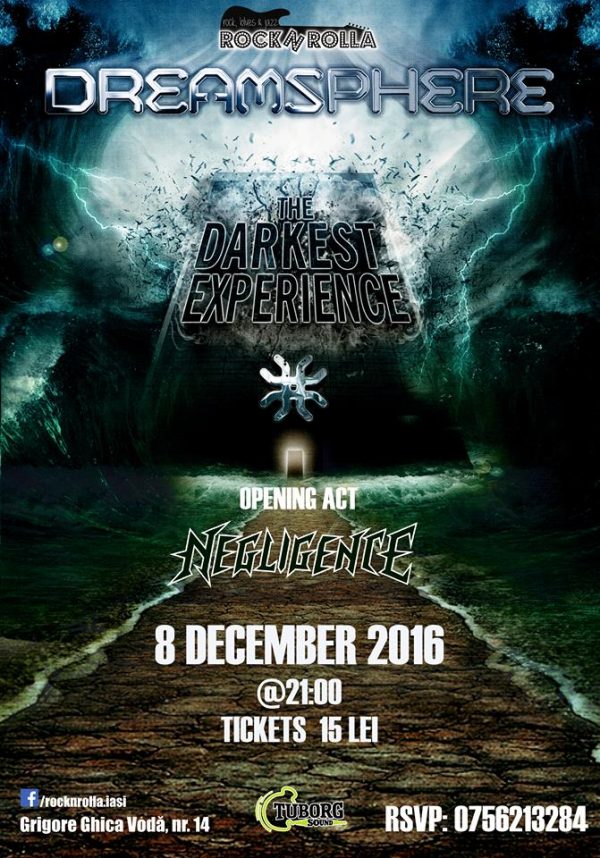 Dreamsphere is international modern/pop metal band, formed from youngest members of Condemnatio cristi and Noctiferia in wish to do what’s needed on the scene – catchy modern metal band with elements of gothic rock, pop and melodic death metal. Band uses both classical and modern principles of songwriting which results in extremely diverse soundscape.

Band released its debut album entitled The Darkest Experience through HTT Records from Manchester in april 2016. Album was written mostly by Denis Mauko with assistance of Damjan Tomoski. Recording process took place in Negligence studio. What is special about this album, is that band used live choirs and a lot of minimalistic electronic elements for ambience. Mixing was done at Kraken Productions by Matic Mlakar, Mastering at Finnvox studios by Mikka Jussila.

NEGLIGENCE (official) were formed in 2000 by Dyz and Jey, two renowned Slovenian guitarists who shared a vision of starting a US Thrash influenced group. They recorded an underground demo tape that quickly circulated through the underground and what initially started off as a side-project soon turned into a full time band as the duo were joined by Lipnik and Ruzz on bass and drums, respectively .

Eager to present themselves to a larger audience, they first started playing live as a four-piece, without a vocalist. However, as the group’s fanbase started to grow , the absence of a frontman became more and more obvious, so after a long and thorough search they assigned the vocal duties to Lenz in 2003.
With the line-up finally complete, the band went on full steam and released three demos between 2003 and 2005 and embarked on a tour across their homeland. The tour also included the the grand opening of the Metal Camp festival, which had since become one of the biggest metal festivals in Europe. The line-up didn’t last for long though, and in 2005 NEGLIGENCE parted ways with Lenz, to give way to back then 15-year old Alex, who previously left Metalsteel to join the Thrash outfit.

Now armed with Alex’s distinct voice and creative ability, the band closed itself into the studio for two years and in 2007 released their first self-released full-length album called “Options Of A Trapped Mind”, an old school Thrash Metal classic which instantly put them on the international underground metal map. The album received a good reception amongst metal fans and claimed a numerous positive reviews from the underground magazines and web-zines. Following the release, the band promoted the album by supporting some of the biggest acts of the genre, such as EXODUS, FORBIDDEN, HEATHEN, SADUS, DEATH ANGEL, etc.

Careful not to rest on their laurels, Negligence are currently writting material for their newest creation which promises to take a step even further and spread their message louder than ever before. 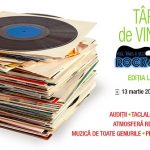 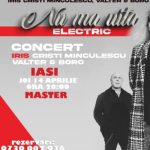 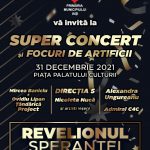 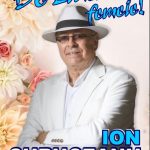