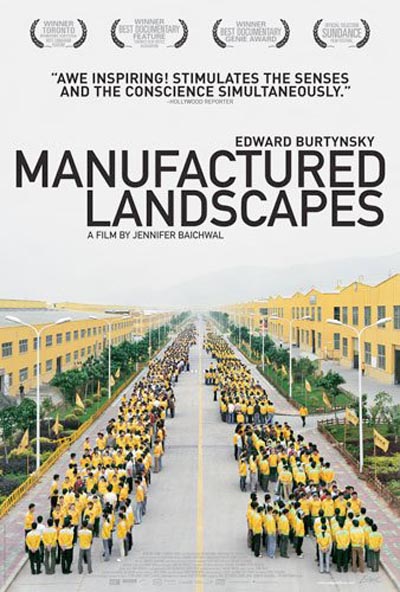 MANUFACTURED LANDSCAPES is the striking new documentary on the world and work of renowned artist Edward Burtynsky. Internationally acclaimed for his large-scale photographs of “manufactured landscapes”—quarries, recycling yards, factories, mines and dams—Burtynsky creates stunningly beautiful art from civilization’s materials and debris. The film follows him through China, as he shoots the evidence and effects of that country’s massive industrial revolution. With breathtaking sequences, such as the opening tracking shot through an almost endless factory, the filmmakers also extend the narratives of Burtynsky’s photographs, allowing us to meditate on our impact on the planet and witness both the epicenters of industrial endeavor and the dumping grounds of its waste.