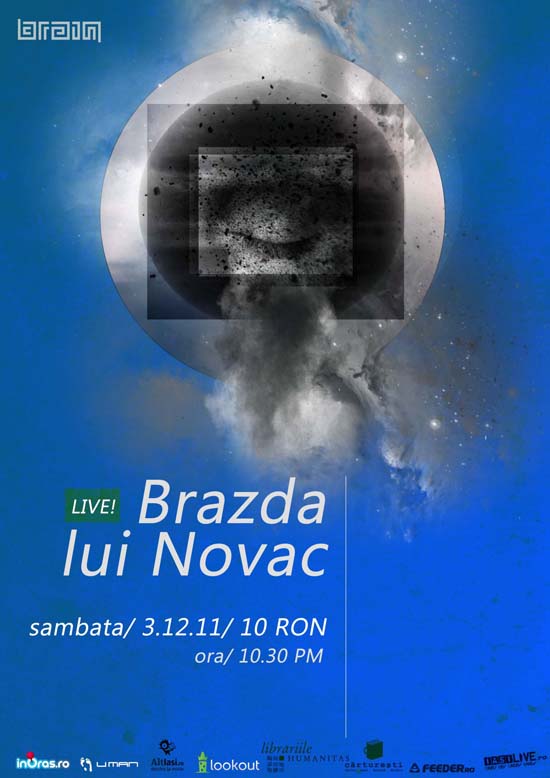 Started in 1997 as a hobby, BRAZDA LUI NOVAC is now Romanian musician Victor Popescu’s fully blossomed electronic project. Having spent his childhood in a district called “Brazda Lui Novac” (tr. “the furrow of Novac”), Victor found it fitting to give the same name to what he musically creates as an adult.

In 2003, Victor opened Square Sound Studio, followed by Square Sound Records in 2009. This had a major influence in BRAZDA LUI NOVAC’s live sets by drifting the digital feel of the music to a more physical one by including more hardware to the act.

BRAZDA LUI NOVAC has painted quite the picture in past years playing tens of headliner concerts or opening acts in Romania and Europe. His in-studio and on-stage collaborations include songs with Yvat, Silent Strike, Dezz or Artan.

In october 2011 he released the second album, Dizzy, at Raumklang Music (DE).