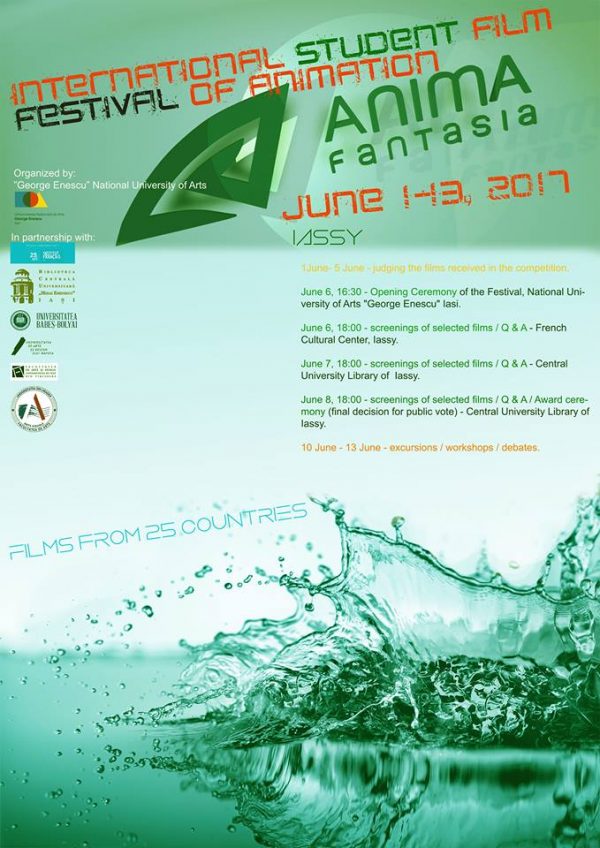 The aim of the ANIMAFANTASIA project is reviving Romanian animation film at the European level, the dissemination of innovative creations in the field of animation in national/international academia and the creation of partnerships and collaboration in view of strengthening inter-regional dialogue among the younger generation of students.

ANIMAFANTASIA aims to dispel the popular misconception that animation is just cartoons for kids by screening the broadest possible range of intelligent, entertaining and provocative current films on offer from all around the Europe as well as retrospectives and specialised sessions from trends/animators who don’t normally elicit such attention.

ANIMAFANTASIA has grown to become much more than an annual Festival – we are programming more events, tours, screenings, all year-round to as many cities that invite us. ANIMAFANTASIA strives to be the best, and we do so with a very small, very dedicated staff.
The project proposes a selection of films that perform well in terms of animation techniques and innovative conceptual prospects, to stimulate the two major directions in animation: digital 2D or 3D animation and traditional animation.

Related activities to festival, organized by the “George Enescu” National University of Arts, in partnership with media outlets, partners and co-financiers of the project. Proposed deployment of interactive support activities within the project: workshops, screenings, case studies.

Prizes will be awarded for the two sections creative animated film – International Film and Romanian Film:
– First Prize
– Second Prize
– Third Prize
– 3 Nominations (the funniest film, the most challenging film, the most intelligent film)
– Special Prize of the Audience.